1971 Road Runner - If passion is the freedom to live life as you choose...

If passion is the freedom to live life as you choose, then this story is about passion worth waiting for. Stylistically, the 1971 Plymouth Roadrunner was launched towards the bookend of the muscle car hallucinogenic flamboyance, inextricably linked to such ebullient terms as “far out,” “groovy” and “out-of-sight.” Muscle cars were about as popular with the public as strychnine due to exorbitant insurance rates, emission control and soaring gas prices. Lou Helbling remembers flipping through all of the Auto Trader magazines and it became clear that there were numerous high performance models available for reasonable prices in the mid-80s.

“The trend,” recalls Lou, “was toward small 4-cylinder grocery carts, such as the Dodge Omni, Chevy Chevette, Pontiac Firebird, Honda Civic and Toyota Corolla. People were shedding their gas guzzling performance V8s because they thought of them more as liabilities than anything else due to the car’s poor fuel economy statistics. Even fewer people, at that time, thought of them as fun anymore. Little did they know that this was just a trend, a fad that would simply fade.” Lou was undeterred and kept a sharp eye out for something unusual. “I wanted something made with fewer numbers than the Mustangs, Chevelles, Novas or Corvettes. I wanted something…” He pauses then shakes his head reassuringly, “A little different.” 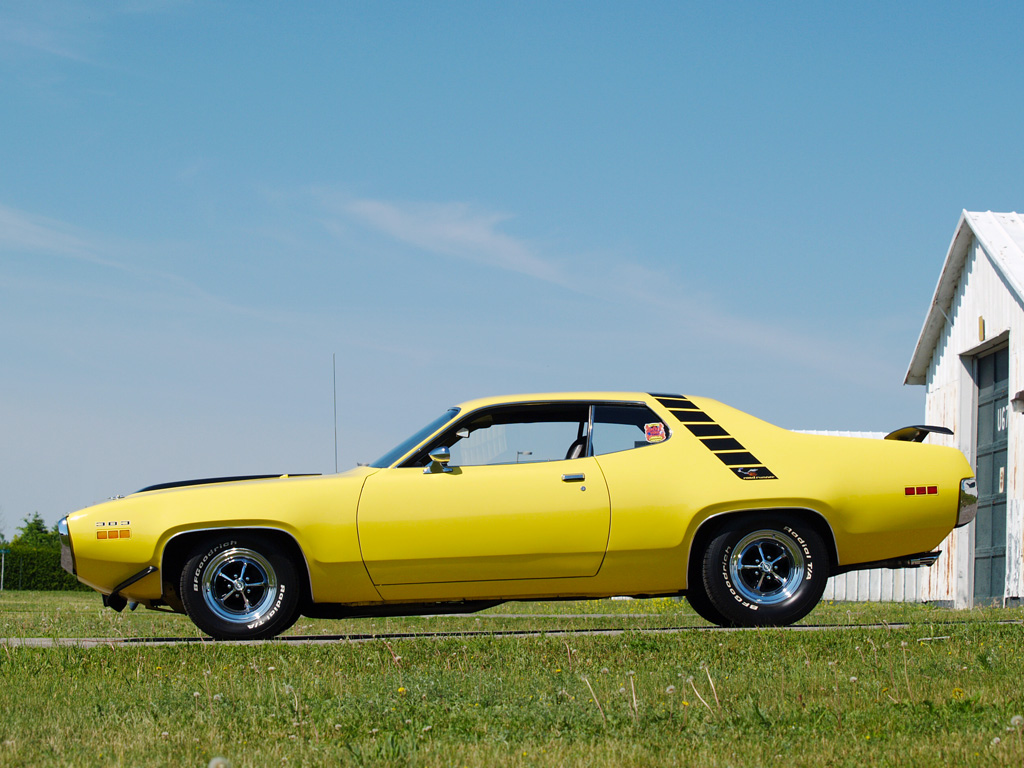 Lou and I decide to photograph his car at the National Research Council’s wind tunnel (not in it). He continues his story, “I was 29, disillusioned with my heavily modified 1977 Pontiac Firebird Esprit and, being full of testosterone, wanted a genuine classic American muscle car that would be restorable as a project.” He finally chose the ’71 Plymouth Roadrunner. “With 85,000 miles spent on performance, it was in reasonable, restorable condition. Besides a carpet, mufflers and tires, it also came with a factory Air Grabber hood. It didn’t run, mind you, but I only wanted to know what parts were missing and how difficult it would be to still get them. As it turned out, very difficult.” With the help from Don McCallum (engine rebuilders), Majestic Auto Restorers and Lentech Auto Transmission, it took roughly 7 years to restore the car. “We kept the original engine and modified only the valves, pistons, crank shaft, cam and oil pump. I’ve since changed the carburetor after 15 years. The hardest part to maintain is the shifter linkage, manual gear assembly and throttle shaft. Over the course of 3 decades, I may have replaced this part a total of three times because of leakage due to high performance driving.” With the addition of hydraulic shocks and an anti-sway bar, not only is it a smooth ride, its rumble is that of a throaty gurgle evident when idling at red lights. People are glued to us like we’re a winning lottery ticket. Mouths ajar and staring like deer eyes transfixed by headlights. “That reaction gives me the most pleasure when driving this car.” We reach our destination and the car looks immaculate, its yellow hue looks edible. “Trouble is, it’s not the right colour,” admits Lou. “My first year with the car, I accidently gave the painter the paint PMS code FY1 instead of GY3, so instead of getting Curious Yellow, I got Lemon Twist. They are still both authentic 70s Plymouth colours, but only the GY3 is correct.” Regardless, Lou has a basement full of trophies for his car from 1994 to 2013. “Surprisingly, most of the appreciation I get are from late teens to mid-thirty males. A lot of the young females ignore my car as they tend to regard it as competition for young men attention. Funny how that works.” Lou believes that there will be no shortage of classic cars in the future. The nature of these cars will change since there will be more recent models that the present generation are familiar with. There will always be collectors. When the oil and gas industries dry up and blow away, collector cars will still be found in the possession of those who love them. Some, of course, in museums.” 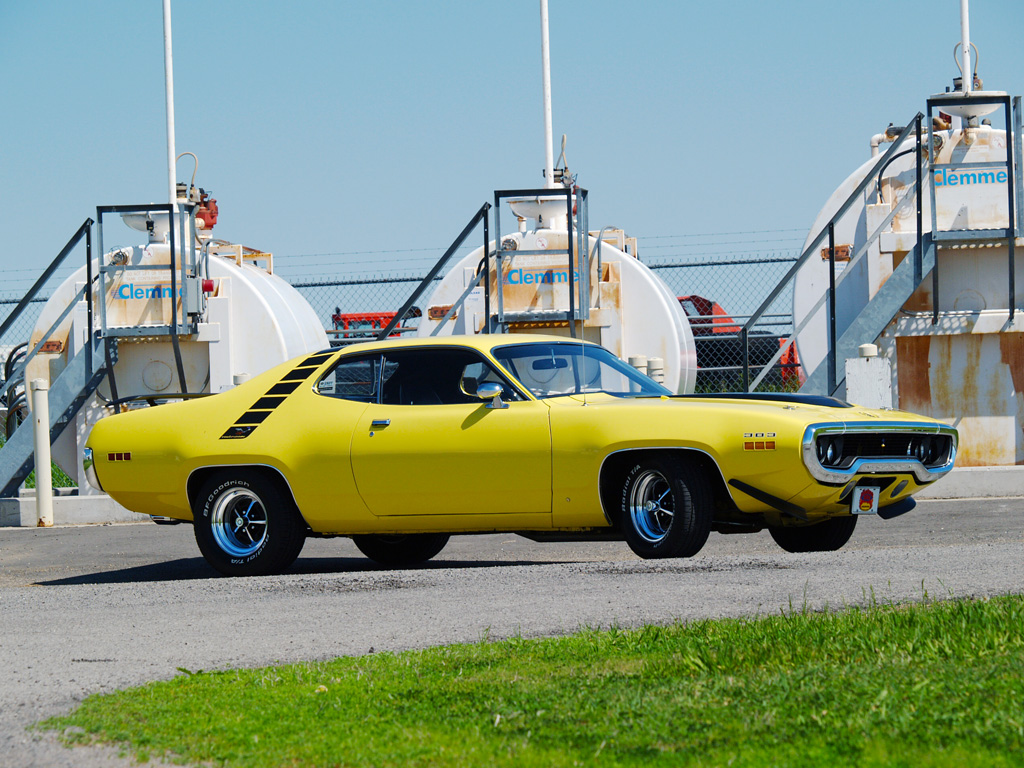 I stop the shoot to ask Lou if there is a particular story that stands out associated with his car. He thinks for a moment before answering. “In 1986, I was a propane station filling attendant, and over time developed a friendship with Carmelo, a Blueline taxi driver, who when visiting, would always bring me a copy of American Muscle Car Performance and Review magazine. I swear, he was the reason my attention diverted to muscle cars even when people hated them. I would see Carmelo for the next two years. Each time we would discuss his glory days when he’d cruise the downtown avenues and hang out at the Royal Burger with the other cruisers. Then I changed jobs, got married, got divorced and kept the car. Carmelo slowly drifted into a memory. One day during a summer cruise night about 2 years ago, I noticed an old man walking around with the help of a friend looking at all of the cars and asking for me. When he came to me, I barely recognized him but it was my old friend and mentor, Carmelo. Time had no been kind to him. He was no longer the youthful taxi driver I had known and after some time at catching up with old times, I knew that he was on his last legs. I offered to take him for a ride in the Roadrunner. His eyes lit up and after strapping him in, handing him his cane, I took him for a ride which hopefully brought back some memories of his high school days and cruising up and down Carling Avenue in the 70s. He told me he loved every minute of that ride and that he would never forget it. I don’t what happened to him, but whatever pain he was suffering from, I hope that ride made him forget about it.” 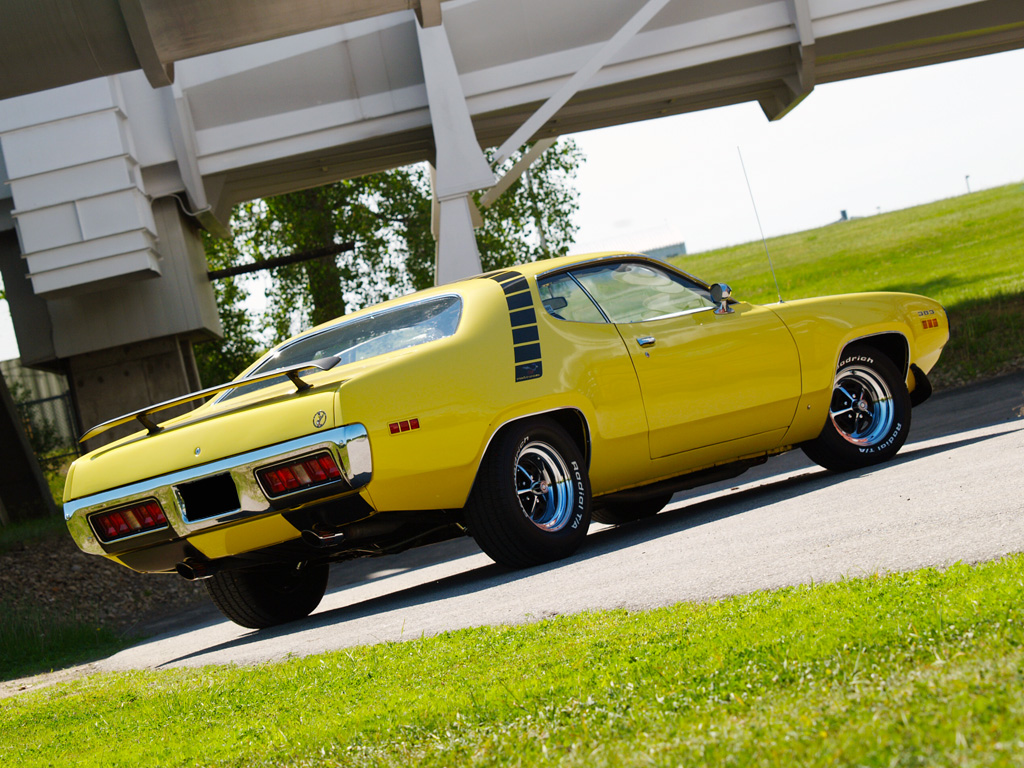 Some say a car doesn’t change you, but would Lou have met Carmelo otherwise? “The car is a memory vault of the past: a bitter divorce, a son who when growing up, aspired to own it, now prefers Lowriders, the frustrations of endless hours trying to give the car life and of dreams of blowing out like a shotgun blast along a highway. Now it represents a part of my identity. It is how people who don’t know me that well recognize me.” 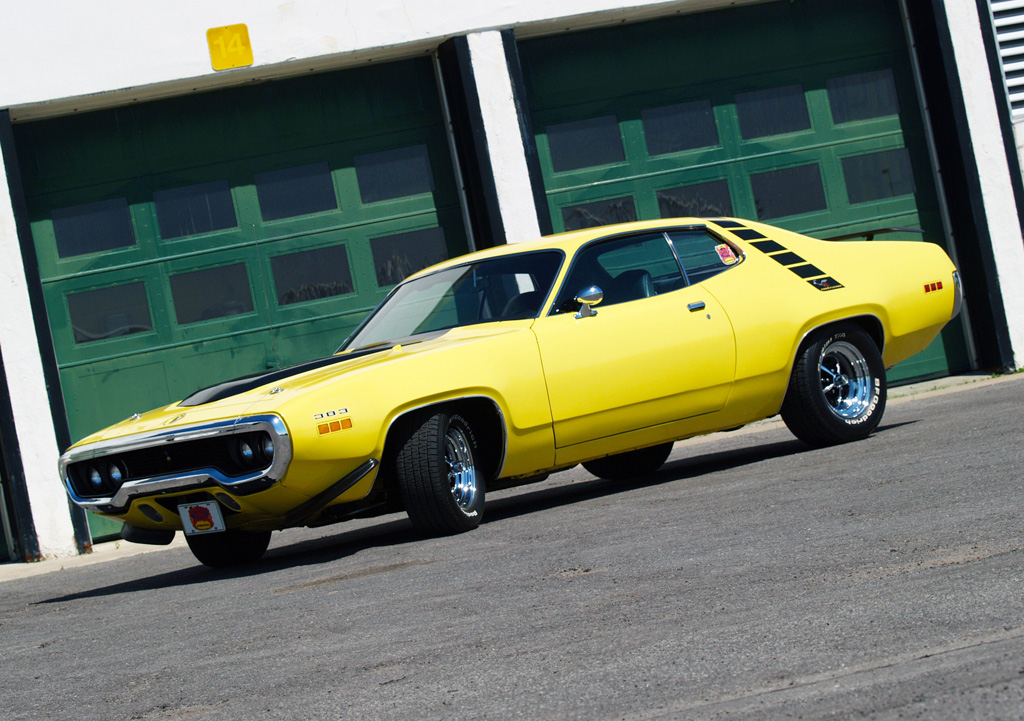 We have 361 guests and no members online